I recently had a unique exhibition experience with a “Pop-Up Art Show” in Menlo Park, CA. put on by art-lover Grace R. Stewart. Grace approached me last year with the interest of offering “wonderful unique art” to the affluent community of Silicon Valley in the Santa Clara Valley, CA.

To me a Pop-Up Exhibit was a bit strange, I was use to galleries, museums and fundraisers.
The “Pop-Up Exhibit” is a new type of exhibit that offers unique possibilities to artists of offering their work in unique spaces/a new demographic and to an interested public without having to make huge upfront investment.
Exhibits are usually very expensive for both parties. 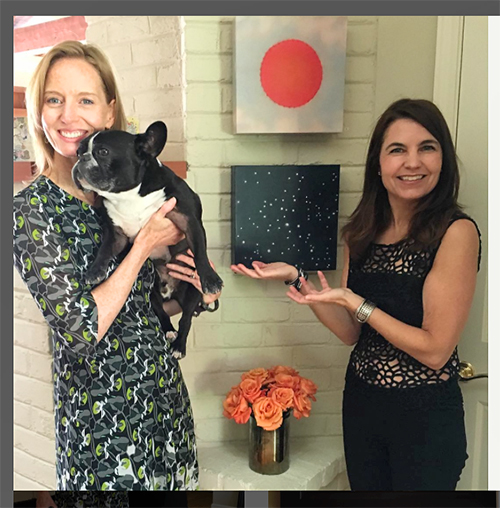 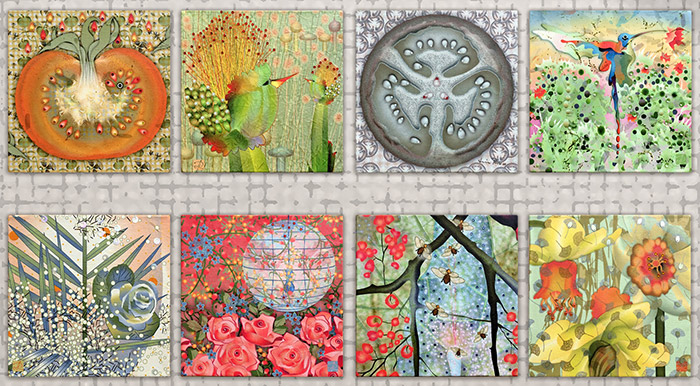 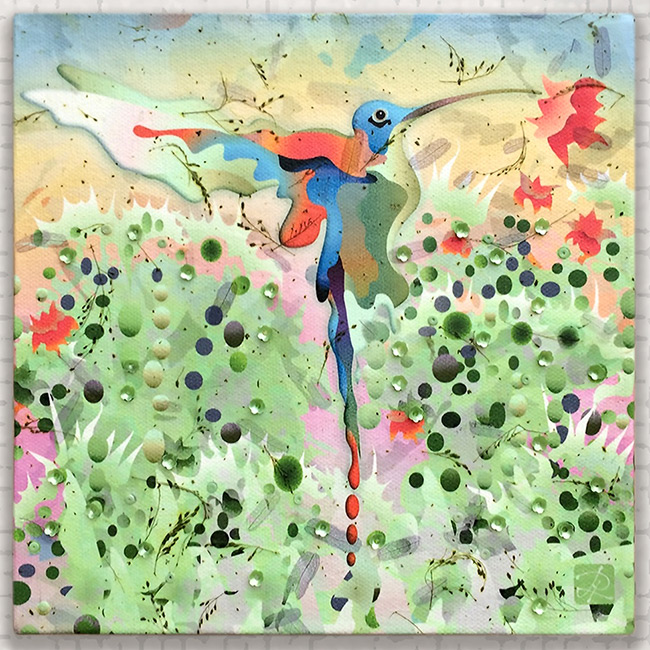 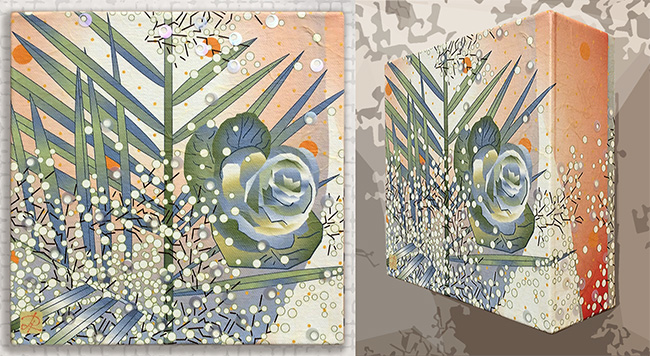 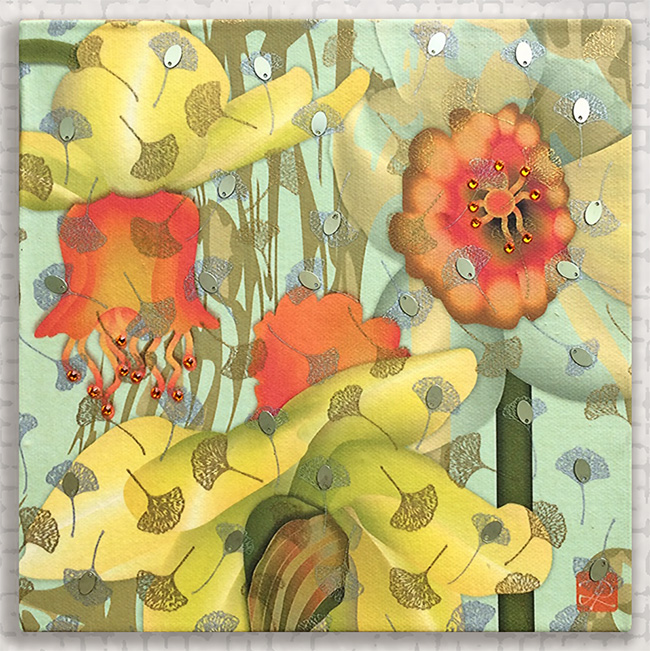 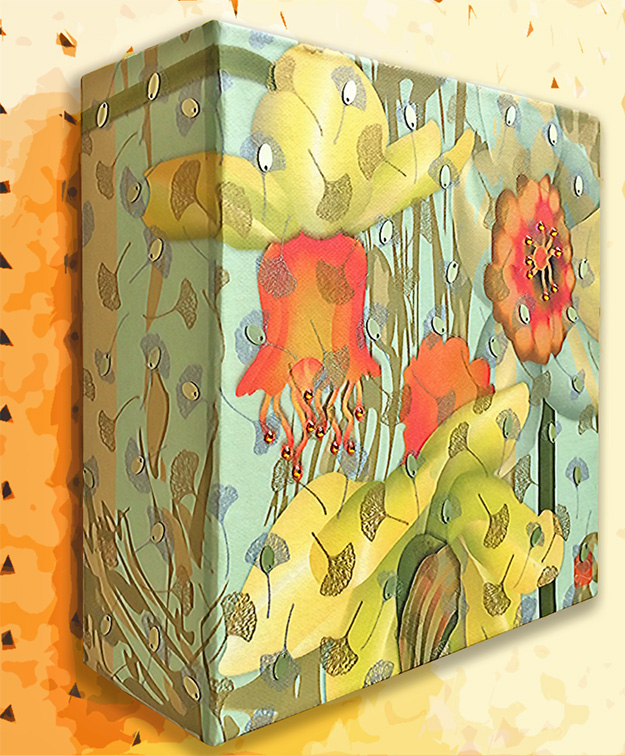 You can still purchase some of the Wee Gems from this exhibit! Click here

A large ribbon was cut last year at one of  Nashville’s largest business endeavors, the Music City Center! 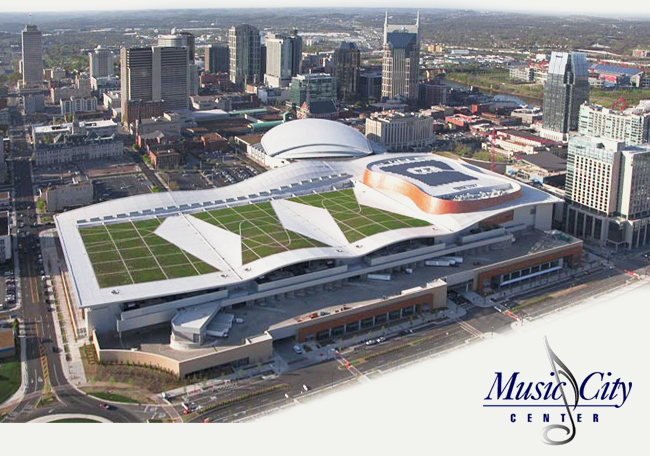 This convention hall was inspired by one of the city’s leading industries: MUSIC!
Here’s a glimpse of some of it’s very amazing spaces! 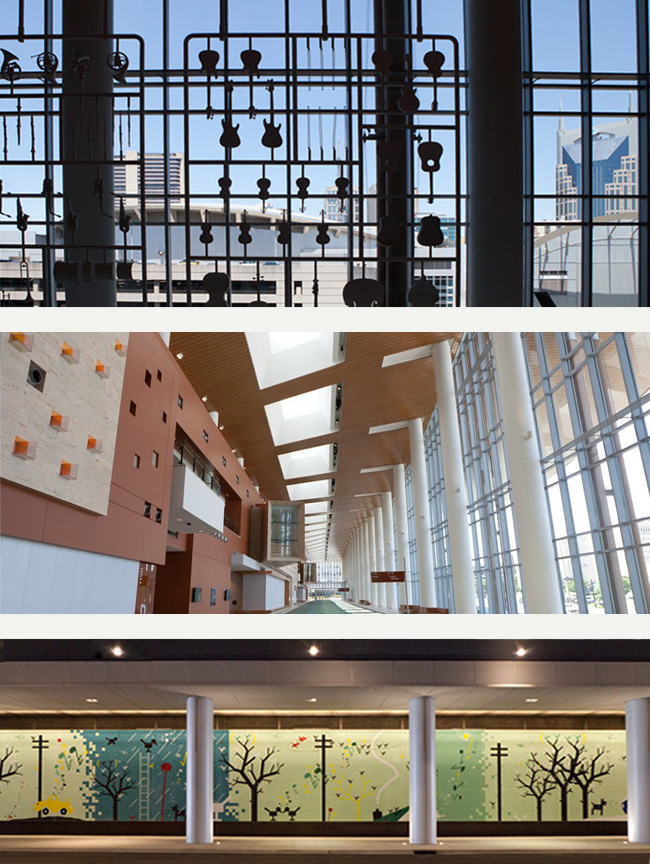 This state of the art “convention center” had a $2 million budget for art and specially commissioned pieces. 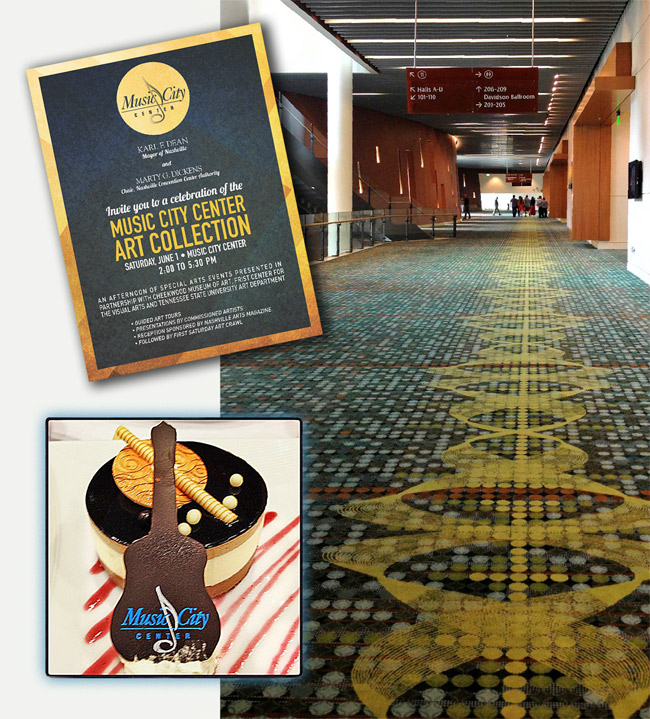 And in June of 2013 it had a special luncheon for the artists that had art permanently housed in its walls.

When I heard the word visceral, it meant deep, dark and with a heart.
I then thought of microscopic specks of life dwelling within nests of soft petals.
These minute sparks of light then glowed, twisted and turned,
to bring forth a fertile world into our immense cosmos.
And thus the birds and creatures sung, …and music it was!
~by Lisa Rivas – 2012 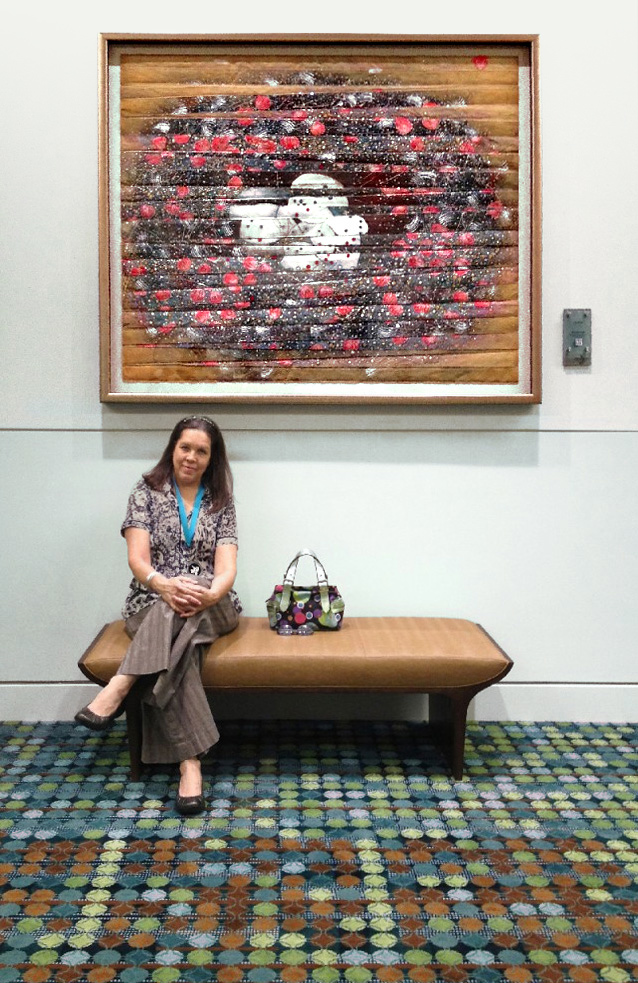 My painting “NASCENT SEEDS” was among the purchased artwork, a 2 fold painting with a long gestation period.
Here I am seated, feeling ever so lucky to have a bench, an artist appreciation medal
and a satisfied heart knowing my painting has a fabulous home! 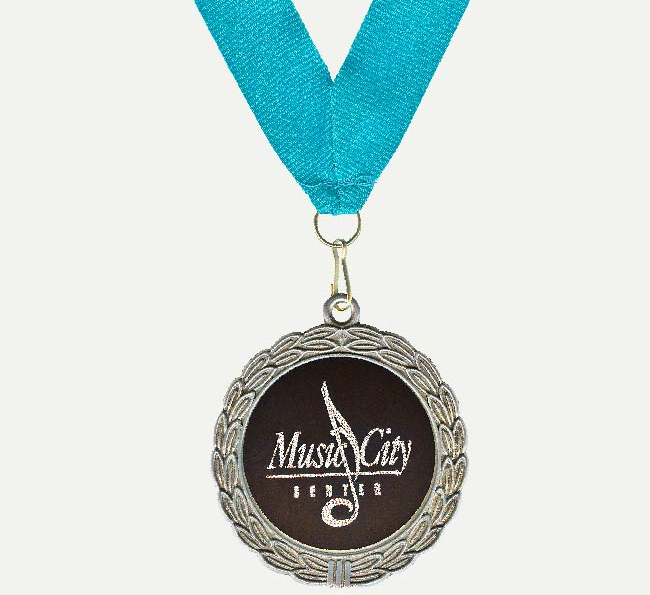 There will be a book called UNCONVENTIONAL, more on this later!

GreenBiz.com put Nashville in their list of Top 10 U.S. Cities for Green Meetings in 2014.

Sequins a galore! … and I mean thousands. I have been creating artwork for most of my life and little pieces of glitz have always snuck in. I’m sure it started with Christmas ornaments and sparklers… maybe fireworks! Using sequins is one of my ways of painting light, of representing the elements, of depicting magical energy.

I do remember making a red jean jacket with matching pants that had an incredible sequin sunburst on the back-yoke way when disco was the rage. I sparkled! …and I danced and danced all with the disco balls and black lights.

My first sequin painting I did more than 30 years ago, I had very good eyes then. I have also created many huge paintings with sequins depicting rain drops and mist; waterfalls and puddles; stars and storms; cities and traffic lights; fountains and light-bugs! I was extremely selective of what kind of sequins to use and still do; most are vintage or unique and all sewn meticulously one by one.

Then I discovered rhinestones… well that is another story!

Above is shown my set up on the dining-room table of a very large rice-paper piece getting the glitz treatment. It will take about 2 weeks to complete and then it will be deliver to a large public art collection that will inaugurate in the spring. I will disclose where it is going to be hung once I am allowed to release this information.

“And now, I’m just trying to change the world, one sequin at a time.”  ― Lady Gaga @: George A. Spiva Center for the Arts
You are cordially invited. I will be attending… more to come. 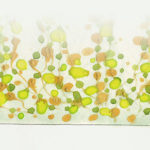 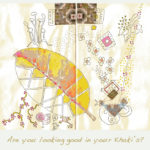 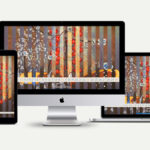 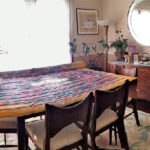