The rare Transit of Venus will start occurring this afternoon!
Venus will cross paths between the sun and the Earth you will see a tiny dot (if your weather permits) floating across the surface of the sun. 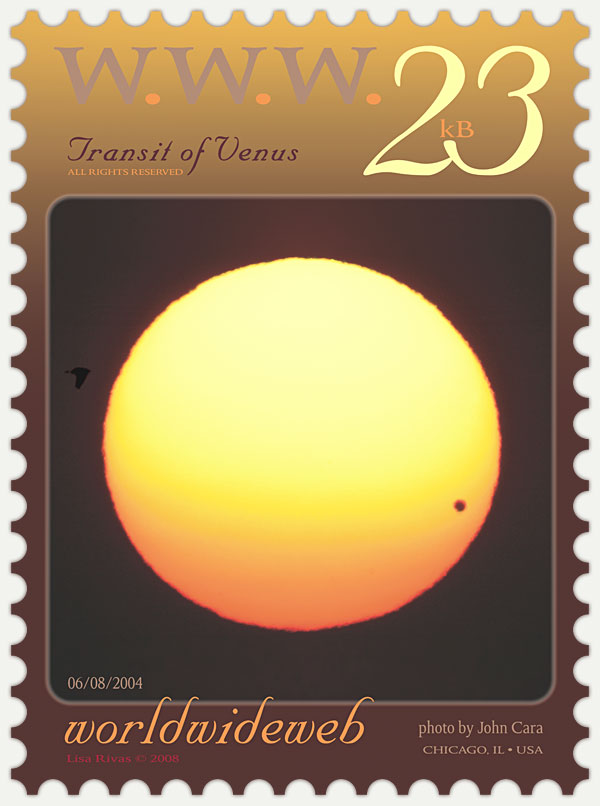 An e-Stamp showcasing The Transit of Venus! … also a syzygy!

This photo is a courtesy of my friend John Cara and the following explanation:
The transit of Venus across the face of the Sun as seen from Earth are among the rarest of predictable astronomical events. They occur in a pattern repeating every 243 years in pairs 8 years apart separated by gaps of approximately 121.5 and 105.5 years. The last transit was 6/8/2004, the next is 6/5/2012. After that, it’s likely not a person alive today will see the next transit in December of 2117.

SYZYGY……is the alignment of three or more celestial bodies in the same gravitational system along a straight line. The word is usually used in context with the Sun, the Earth, and the Moon or a planet, where the latter is in conjunction or opposition.
Solar and lunar eclipses occur at “times of syzygy“, as do transits and occultations.

Syzygy is also the highest scoring word that can be played in Scrabble without using an a, e, i, o, or u. 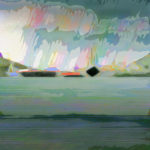 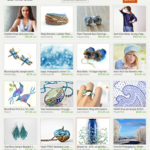 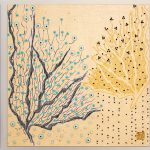 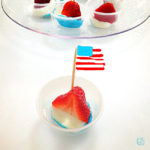